So we have some wild cats at the shop that we are trying to catch and release outside. They won’t go outside at all. So the other day Eric finally manages to catch one of them and get it outside. A little while later, he has to open the bay door to bring a car in and so he checks around for this cat and can’t see it. He pulls the car in and pops open the hood and starts working on the car only to feel like he is being watched. He looks over and the smart little cat is sitting on the battery. It had managed to get a ride back into the shop. So the score is now Eric 0 Cats 1

Update: We now have more cats as one of them just had a litter of kittens. I guess it is better to have a cat problem than a mouse problem. Mice be warned–enter at your own risk. haha 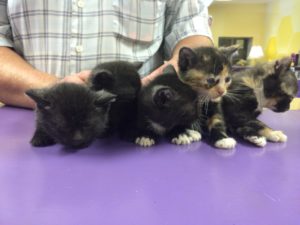 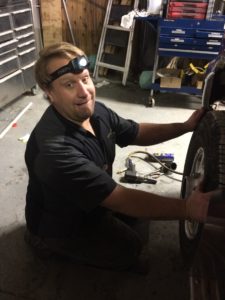 Posted in A day at the Shop
Scroll To Top